THE TREASURE OF THE SEA

Take 1 tablet daily or as directed.

Description:
Spirulina Chlorella PLUS contains everything which is indispensable for an up-to-date alga formula. We have complemented the two precious denominator algae with wheat grass, alfalfa, as well as a proprietary blend containing valuable “green” ingredients and antioxidants – like Aloe vera or lycopene extract.

Certain algae species have most likely been offering valuable nutrients to mankind from time immemorial. However, in Europe everyday consumption of algae is not widespread as of yet but very popular in the Asian, African, Cuban and Mexican cuisines also. The Western world has taken note of them only recently, as traditional Eastern medicines and natural solutions have come to the limelight again, but the promising results of scientific research into algae have also contributed to their appreciation. 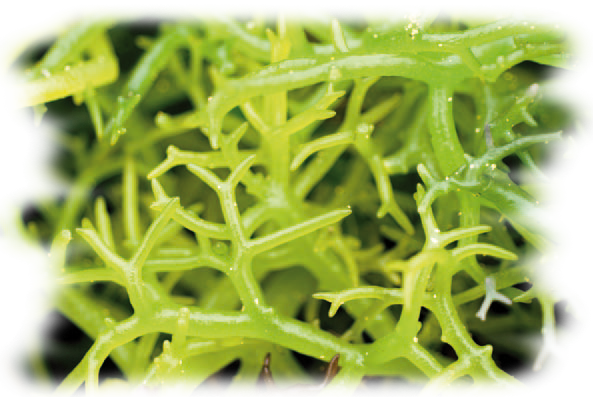 Both spirulina and chlorella alga are very rich in valuable proteins, whose ratio may be enhanced to 70%  when powdered. That is exactly why these two algae are excellent protein sources, which are very easy to digest. Therefore, they are utilized very easily. Algae species have outstanding iodine content and thus their consumption may be especially useful in continental areas (in Europe approximately 435 million people have inadequate iodine intake*). Iodine is indispensable for the production of thyroid hormones, adequate metabolism, energy production processes as well as the preservation of the health of hair, skin and nails. Their third important component is the already well-known chlorophyll, which renders these two algae important complements of detoxifying and alkalizing cures.

In addition spirulina and chlorella are rich sources of vitamins, minerals as well as fibers, so they  support health effectively.

Green Treasures for Our Health

According to some estimations the algae living in natural waters gives the greater amount of the whole living mass on Earth, so they are available in incredible amounts. Their usage is very extensive, not only does Oriental cuisine use it as basic material, but they are getting more popular in almost every country in the world. However they often get in the centre of research due to their potentially good effects on health. 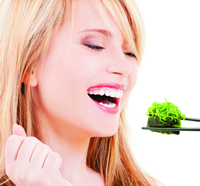 It seems as though, they are actually gifts of nature, since beyond the fact that as foods they contain such valuable nutrients as good quality protein, Vitamins E and B, unsaturated fatty acids and antioxidants, in many cases they can be of help to us.
The most examined algae are Spirulina and Chlorella vulgaris. Several research has shown their beneficent effects. Without demonstrating it in its fullness, let’s see the latest results.
Research proves that chlorella alga’s high iron, folic acid and Vitamin B 12 content can be effective against pregnancy anemia and it can prevent high blood pressure during pregnancy.
A research done in India showed that the extract of spirulina can help during the therapy in case ofarsenic poisoning, which is a great problem in the region. Fortunately, arsenic poisoning in Europe is infrequent, but the risk of the accumulation of heavy metal in our body is significant, especially for those living in big cities and industrial areas. Another series of test demonstrated exactly that alga is capable of clenching heavy metal (for example, a part of lead as well) in the body, thus it cannot be absorbed in the blood and can be depleted.
Apart from this, spirulina has such benevolent effects that have an impact on much more people than the above mentioned heavy metal poisoning. A six week long examination done on smoking men showed that the level of Vitamin C and E increased significantly in the blood of the group that consumed spirulina while the damage caused by free radicals decreased. Mirroring the results, scientists claim that spirulina can be an important part of a healthy, balanced diet especially for smokers and people living in smoggy areas.

The results were further confirmed by another research where the effects of spirulina were examined on rats with diabetes. The results show that it can decrease the blood-sugar level and it can also positively affect one’s weight. According to another examination, due to its high calcium level it can lessen the risk of osteoporosis, the side-effect of the products used during diabetes therapy, meanwhile it helps regularize hiperglykemia and hiperlipidemia.
Good news for athletes and those who want to lose weight that according to examinations, it not only increases fitness and lenghtens the feeling of fatigue, but fat loss increases as well, thus the usage of chlorella alga can contribute to reaching or keeping a healthy body weight.
Algae can be great additions to an alkalizing diet. Combining it with other alkalizing green plants (for example, broccoli, spinach, parsley, Aloe Vera, which as part of a balanced diet in themselves help support the appropriate functioning of the body and help prevent free radicals) can be exceptionally effective.
We can see how extensively spirulina and chlorella can be used whether we would like to amend our healthy diet or increase our achievements.

been shown to be an effective antioxidant.  Pine bark extract is an antioxidant, plus it may have an inhibiting effect on adhesion proteins in the bloodstream